​
​Origin: Developed from a breeding program started around 1925 by Dr. Antonio and Augustin Nores Martinez from Argentina. Main goal was to create the ultimate big game hunter and guard dog. Eventually, 10 breeds were being used with as basic foundation the Perro de Pelea Cordobes (Cordoba fighting dog). The Dogo is first acknowledged in 1964 by Federacion Cynologica Argentina and the Sociedad Rural, later in 1973, the FCI officially recognized the breed.

Legacy: The purpose of creating the ultimate hunting Mastiff proves more than succeeded, there isn't a more suitable breed for hunting wild boar and puma. This combined with his innate talent as a guard dog makes the Dogo a true working breed which also associate well with children. The Dogo was and is never intended to be a fighting dog, as this would prevent him to function as a pack-hunter. 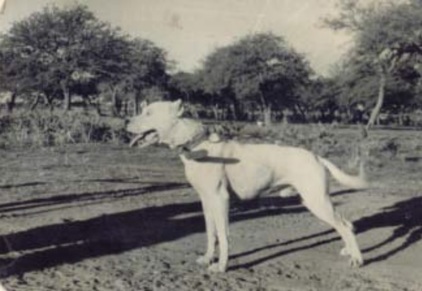